An 80’s future vision. Synth jazz splits the night like a rainbow through the cosmos. A skyline of cyber funk and muzak on steroids lies beyond the horizon - let’s go to funk city!

Paradise League is a Scandinavian jazz fusion band. Inspired by western and Japanese groups from the 70's and 80's, their music is created within the realm of contemporary jazz with a touch of electronic pop.

Two studio albums in, the bands latest project has been a series of live videos from a recording session back in spring 2021, making up their third album "Megaburger" (May 2022). 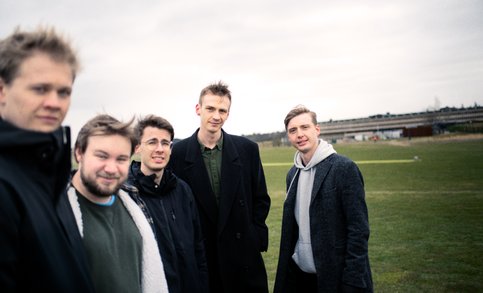 During fall of 2014 trumpeter Joel Nyman, bassist Gabriel Dahl, keyboardist Ludwig Sievert, drummer Linus Fritzson and guitarist Oscar Olsén met at Fridhems folkhögskola (a music trade school) in the South of Sweden. They were quickly united in the name of jazz fusion, and the first four held a weekly session. Alongside funk jams in the spirit of Herbie Hancock they played fusion hits from the greats and a few originals. After just one performance the following spring, the project was disassembled due to some members leaving the school. The following year Nyman continued the concept with a different group (featuring Olsén). Two songs for that project were Funky Finger and Welcome To Paradise.

In 2017 all five members were studying at the Royal College of Music (KMH) in Stockholm. Initiated by Nyman, the band came together under the name Joel Nyman Paradise. During this period they met American drummer Christian Levens, an exchange student from Texas. For various reasons the drummer seat switched between Levens and Fritzson during live performances with JNP, most notably for a tour in Estonia with Levens on drums. In fall of 2018 this alternative line-up traveled to Texas for a three week tour, performing at clubs and schools in the Dallas-Fort Worth area.

As both Nyman and Dahl brought material to the table, the groups repertoire - and sound - started to take shape. The debut Welcome To Paradise was recorded at KMH in April 2018 and released in February the following year, with guest Mikael Emilsson on tenor sax. Just before the release, Fritzson quit and Finnish drummer Aleksi Ylimäki took his place. At this point, the list of songs had more than doubled and with Ylimäki on board the group set out to record their second album in April 2019. Although the record was put on hold due to various circumstances, it gave the band time to reconsider their artistic vision and image. This led to a name change from Joel Nyman Paradise to Paradise League during summer of 2020. The release of Let’s Go To Funk City followed later in October, featuring Emilsson and sax player Sebastian Jonsson.

The bands latest single Acrobat became available for streaming on Nov 19th, 2021. It came with a live video on YouTube, as the first of six videos to be released from a recording session earlier that year. It was followed by Neon Galaxy, Big City, Super Drum, Game Boy Advance and Megaburger. These new songs will be released as a live album on May 27th, marking Paradise Leagues third full-length release. The session features percussionist Jakob Stenberg Kain. 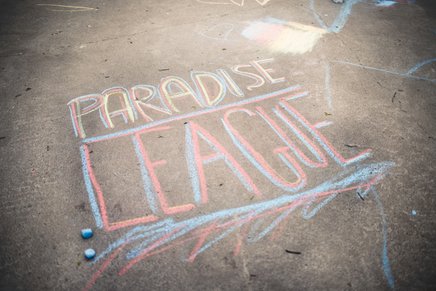 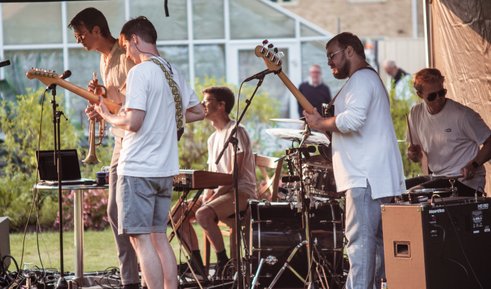